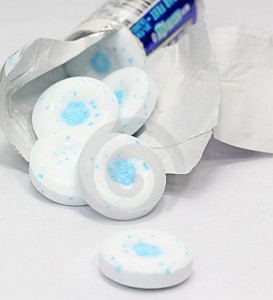 It’s been in the media for quite some time now but it has always raised questions on how true the rumours are. We are

talking about an ingredient that is supposed to help with the prevention of dental decay – Xylitol.

Xylitol is used as a sweetener and it’s naturally occurring in different fruits, vegetables and cereals such as berries, mushrooms or oats. However, at an industrial scale Xylitol is the result of a chemically processed substance mainly extracted from hardwoods or corncobs.

It was discovered in the late 19th century and used as a sugar replacement for people suffering from diabetes and was found to have beneficial effect on dental health in the early 1970s by scientists at the Turku University in Finland.

It supposedly has antibacterial properties that help with the war against tooth decay, plaque and even gum disease. These conclusions are based on the fact that the bacteria that causes tooth decay feeds on sugar but not on Xylitol. This has led various different companies to produce chewing gums and lozenges containing this substance and encouraging the public to consume these between meals.

Although many studies have been carried out to support the claims of Xylitol’s properties one research conducted in January this year has raised concerns regarding the true power of this tooth decay fighting substance. The report presented in January 2013 in the Journal of the American Dental Association concluded that consuming Xylitol containing lozenges between meals did not make a significant difference in reducing the effects of tooth decay in adults at high risk of developing dental carries.

Consequently, replacing brushing your teeth twice a day and using dental floss with chewing Xylitol containing products is not a solution at all. The chewing gum or lozenges can’t remove food stuck between the teeth and that is the main source of development for the bacteria responsible for tooth decay.

There are some benefits of combining your regular oral health routing with using these products in between as chewing or sucking on Xylitol gums or lozenges increases the production of saliva which is one of our natural defences against bacteria forming in the mouth.

In conclusion, there is no harm in going the extra mile with refreshing your breath in between meals, as long as you’re not going too far and have too much, which can have a laxative effect. It can also be helpful with the unruly children that cannot be convinced to brush properly but even in this case the downside is that it can form a bad habit of sucking on sweets and might affect them negatively long term.