This week please read a special story written by our very own fantastic dentist Ola Hassan who went on a dental charity mission to change the lives of orphaned children in war-torn Iraq by helping treat very serious and painful dental problems.

“We all get them, even dentists; you know those forwarded e-mails of no value. The ones which we just skim through or hit the delete button before we even read them. Well, my journey to Iraq began because one day I opened one of those e-mails. The email came all the way from Australia. It had an attachment about a dental mission and contained these simple words: ‘Ola, I think you might be interested in this…’

It wasn’t wrong; in fact, I was immediately interested. A few months later I found myself at London’s Heathrow airport, where I met a bunch of strangers who were soon to be friends.

The mission: to bring healthy smiles to the faces of orphaned Iraqi children. 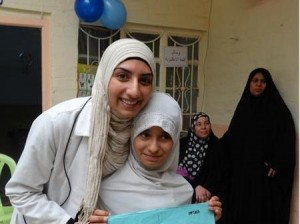 Let me give you a little bit of a background about myself. Both my parents were born and brought up in Iraq, but I was raised in Britain and had never set foot there myself. They both fled the country and Saddam’s atrocities during the war in the 1980’s.

For years I had thought of visiting Iraq, and finally, in March 2013, I traveled there with the wonderful people of ‘Global Kindness Foundation’, a Canadian-based charity which provides dental healthcare to underprivileged people worldwide.

We flew into Najaf, a city about 100 miles south of the capital, Baghdad. After being questioned for hours at the airport and after having lost half of our medical and dental supplies (a whole other story!), we set off to get some rest for what would be a very busy first day of work.

Early the following morning, we went to set up our dental clinic in the place where the orphans go to school. I had no idea what to expect, but the warm welcome from the children, who rushed to huddle around us, instantly told me that the next few weeks would be one of the most amazing and humbling experiences of my life. 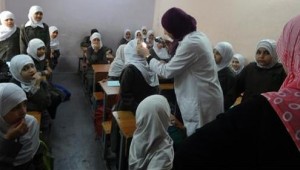 As a group of six dentists and more than twenty amazing volunteers from non-dental backgrounds, we managed to treat almost 300 children and some of their teachers. Each child had their own story, but all of them had one thing in common – hardship, real hardship. They have suffered in ways that are very difficult for us in Britain or in other developed countries to comprehend. I wish I could say that I did something to truly change their lives. I have, in fact, done no such thing. It would take a lot more than a mere filling or an extraction of a tooth to do that.”

And this is only part of the amazing adventure that in fact changed Ola’s life. If you’d like the full story please follow the link below: